Apparently this group has been building the Enterprise D in the Unreal engine.  I’m planning on trying this out soon!

It looks like there is another guy who had been making his own version as well, but he’s had to pull it down because of CBS (he had been charging for it).

This one is a LOT of fun.  A rhythm game where you slice cubes with lightsabers and duck laser barriers.  The video gets the idea across really well.

I can get through the current songs on hard… but definitely not on Expert.  It’s a pretty good workout, and i’m looking forward to them adding more songs.

Some players have even been upping their game.  BEHOLD!  The double-ended lightsaber!

They’ve also been demonstrating the potential of the LIV cube for videos.

Whew.  This one was a bit of a roller coaster.  I’ll try to stay out of spoiler territory.

The game starts out pretty simply, introducing you to the environment and controls as Bruce Wayne.  Very quickly you suit up, and the only way I know to describe this feeling is this:

Complete with a grapnel gun, scanner, and batarangs.

The graphics are pretty awesome, and it was a good ride.  Just remember… this takes place pretty late in the Batman Arkham timeline.  It gets pretty crazy towards the end, which is saying something for this series, as you don’t have the separation of a screen that you had in similar sequences in those games.

I only have one minor complaint.  When you move from one location to another, particularly if Batman is fighting, in order to avoid motion sickness (and the animation cost, I assume) the screen blanks out while you hear the sounds of motion.  This still caused issues with me.  My eyes didn’t have common elements to focus on anymore, and I could only see the inside of the headset, which is disorienting for a sudden transition.  I’d rather it rendered an actual black void instead of leaving me with the inside of the headset.

Other than those gripes, it’s awesome donning the cowl!

For those of you who are interested, it’s on sale for 50% off on Oculus Rift right now.

I’ve been to a couple of these, and they’ve been a blast.  You meet all sorts of Makers with a wide variety of hobbies, and can network, or simply get some questions answered while you are there.  They are definitely worth taking time to go to.

Altspace VR:  Works with the treadmill easily, just doesn’t have enough content to hold my attention yet.

VR Chat:  Finally appears to be working with my Wizdish treadmill without running backwards, but only time will tell.  Also, using the Rift microphone at the same time is requiring some tweaking.  I have to click the middle of the microphone volume slider and quickly jump out of the menu for me to be heard.  But so far I can move around again!

Skyrim VR:  Appears to be working pretty well.  Not much more to be said on that until I get a chance to spend more time in it.

Sairento VR:  Before purchasing it last week, I emailed the developers about support for the treadmill.  They said that it would be in the next patch!  I got an email this morning letting me know it was in the patch today, and it was!  This game looks like it’s going to be awesome, I just haven’t had much time to spend on it yet.  Bullet-time running around with swords and pistols looks like it’s gonna be fun!  Once I found the right setting in the menu, the treadmill started working quickly, so now I can move around more easily.

I’ve added a page on the tools I use with my 3d Printing. I think these are pretty much the essentials, though there are other tools on the market that can make specific tasks easier and/or more accurate.

Tools of the Trade

I do a lot of gaming, and carrying around the games is a pain.  Thankfully, there’s a new kickstarter for a backpack that makes carrying all of it around easy.  It’s already going strong, but I’m hoping it keeps picking up, because they’ve recently added some stretch goals to further improve the pack, redesigning portions of it, improving components, and even adding a divider for miniatures and loops for carrying RPG mats. 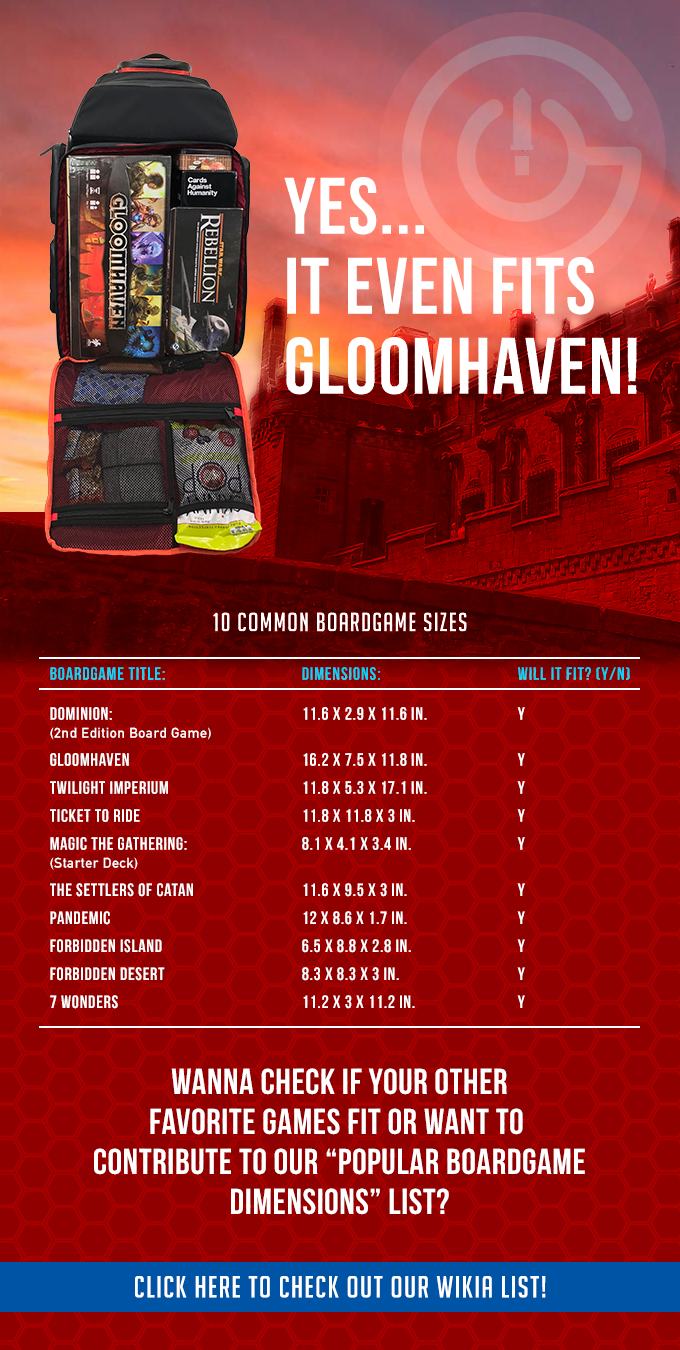 I’m trying something new right now.  I’ve been having issues when I had to deal with typing anything in when I was in VR, either with the controller interface, or trying to awkwardly get to the keyboard while on the treadmill.

Being the somewhat ridiculous guy I am, I have taped a keyboard to the gate mounted on the side of my treadmill!  Now I can access a reasonable keyboard more easily from within VR.  Still have to get used to using this particular one, as it is setup a bit differently from my normal keyboard, and I’m using it blind.

So far, it seems okay, as this is my first blog post from within VR!

Now… to test it in normal use!

People often ask me about what 3D printers to get when they are starting out, since I’m the one in my circles who happened to get one first.  I keep trying to recommend a certain chart, but I keep forgetting where it is.  Well, here it is for reference:

This chart allows you to input parameters, and it helps you narrow down which printers you want to look at based on your needs and your budget.  It may not be perfect, but should at least give you an idea of where to start your search.

I highly recommend looking up reviews for the various printers, particularly the video reviews on youtube.  They’ll give you a better idea of how easy/difficult a printer is to use, and what to expect for maintenance items/upgrades.

There are many other things you’re going to want to consider when getting into 3D printing, but this is how I got my start.

I’ve loved the book ever since I was introduced to it… to the point that I own it both in print form and in audiobook form, as read by Wil Wheaton.  When I read it, I tend to devour the book quickly.  Yes, it has it’s flaws and plot holes, but it’s a wild ride.  Ever since I heard they were making a movie, I’ve wanted to see it.

When it came out, I went to see it as soon as I could… and loved it!

If you watch it in that light, it is GREAT.  It’s filled with geeky/pop culture easter eggs to the point that many scenes are almost a Where’s Waldo of references.  I’ll have to watch this movie repeatedly to catch a lot more of them, especially the battle scenes.  The scenes were filled with movie references, video game characters (Tracer, Halo Spartans, Starcraft Characters, WOW characters), all interacting with one another.

Also, one of my favorite ships, Serenity, makes more than one appearance, and one of them is a key part of a scene.  Here is the non-spoiler one:

Incidentally, it’s also my opinion of the movie.  This was a fun ride through geek/pop culture, and I WILL be buying it on blu-ray.