I helped fund this kickstarter a few years back.  I’ve been waiting on it for quite a while, and it FINALLY showed up today. 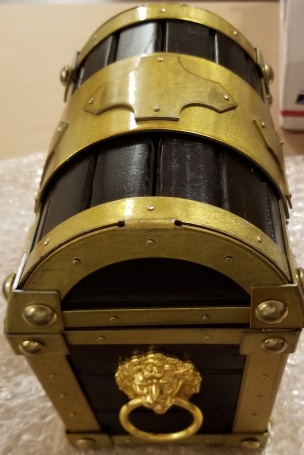 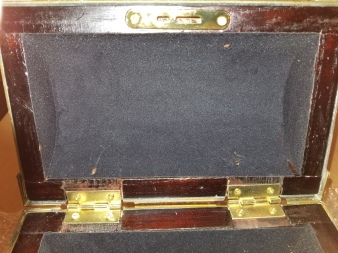 It’s far overdue, and not quite in the condition originally promised, but I guess that’s a Kickstarter for you.  It was missing one of the keys I ordered, and replacement parts were shipped with it for better metal components rather than having been installed by the seller.  The seller had also promised “something extra” with the chests if we didn’t demand refunds.  I didn’t see anything extra, other than parts that should have been installed in the first place.  Still debating how I feel about this.

Thankfully, though, I haven’t seen any signs of the mold that some of the chests got in the shipping process from China.