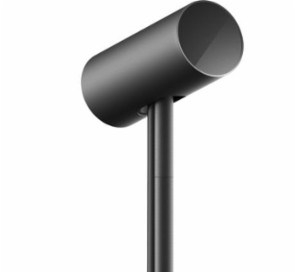 I added a third sensor to my setup.  Oculus Rift comes with 2 sensors in the initial package, which are designed to be in a front-facing setup, which does not support 360 degree tracking.  Adding a third sensor and working with the Oculus software allows you to get 360 tracking, which is needed for freestanding/roomscale games.

Yes, the roomscale play area is still smaller than that provided by the HTC Vive, but it still works.

The sensor comes on a stand that is meant to sit on a desk or table, but this didn’t really work for my setup.  You can buy mounts to attach the sensors to the wall, but luckily for me, my hobbies sometimes overlap.  There are a variety of 3D printable wall mounts for Oculus sensors, and the ones I use don’t require screws, they are attached with Command Strip tape, so I don’t have to put holes in my walls. 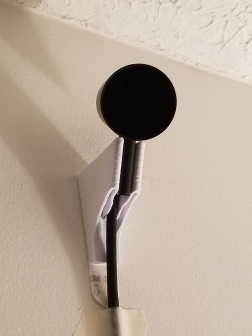 WORD OF WARNING: After having my wiring mounted on the walls with masking tape for a few months, I’ve noticed that it wears out over time, requires retaping, and leaves disgusting residue on the wires.  You may want to try a different method for routing your wires.  I’m considering using wire staples of some kind, thought that will put holes in the walls and require great care.