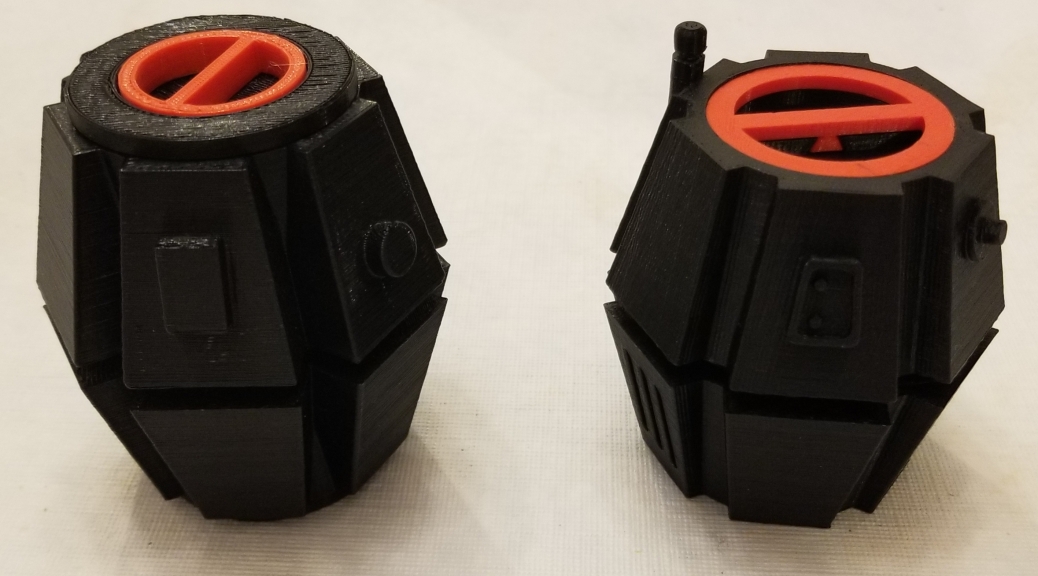 First off, in case you were interested to see what models I’ve designed/remixed on Thingiverse, here they are:

I’ve used the following tools so far for modelling:

Microsoft 3D Builder: This is my go-to application that comes with Windows 10 for free.  It has simple tools for manipulating 3D models, and has a (mostly) easy-to-use repair feature that can fix non-manifold models for you.  I have been having difficulty with that method lately, but in the past it has been helpful.

TinkerCAD: TinkerCAD is a simple online 3D modelling software.  I haven’t used it much, but it’s what I used to make my thopter token model.

AutoDesk Fusion 360: I originally learned AutoCAD/AutoDesk of various versions in high school drafting.  I’m still learning this version, though.  It’s at least closer to the modelling systems I originally learned (and at one point taught) than the others.  I particularly like that you can go back and edit features, sketches, and measurements from earlier in the design history.  It makes testing and iterating much easier.

I’ve heard the following recommended, but I haven’t learned it yet:

Blender: Apparently this is a powerful software that is useful for 3D models for printing AND for making models for games.  Neat.