I finally got around to sanding and repainting the keytar.  Here’s what the case was like beforehand.  Some parts were rather scratched up during my last attempt.  Particularly near the neck.

The next day I drydusted the case, wiped the whole thing down with alcohol to remove the rest of the dust, and spraypainted.

It seems to have come out much smoother!  My only gripe is that I forgot to cover the rubber feet, so I’m going to need to sand off that paint and cover them with painter’s tape again before the clear coat layers.

Next steps:  Rub’n Buff on the greeblies and stickering the back of the case.

I thought I’d make the greeblie accents pop a bit with some pewter contrast.  I need to do a bit of research and planning to decide exactly what I want to accent and how I need to do it.

Here’s what I’ve got in mind for the sticker arrangement at the moment.

I’ve debated a couple of other stickers, but I think they might cause some problems: 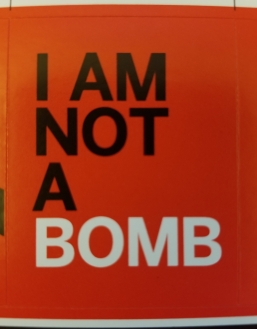 I also feel like it needs one or two other stickers, but I haven’t found what I think is appropriate.

Yeah, I know I haven’t been writing in a while.  The RAM in my desktop went bad a few weeks ago, and I’ve been forced to operate from my laptop in the meantime, which is NOT convenient for getting a lot done, as I had picked it up as something super-portable for just checking email and such on trips.  The replacement RAM finally showed up, and I appear to be back in business!

I’ve been working on things around the house a lot, so hopefully I should have more content for here soon.  Being stuck at home a lot, I’ve been making a lot of tweaks and expanding my hobbies.