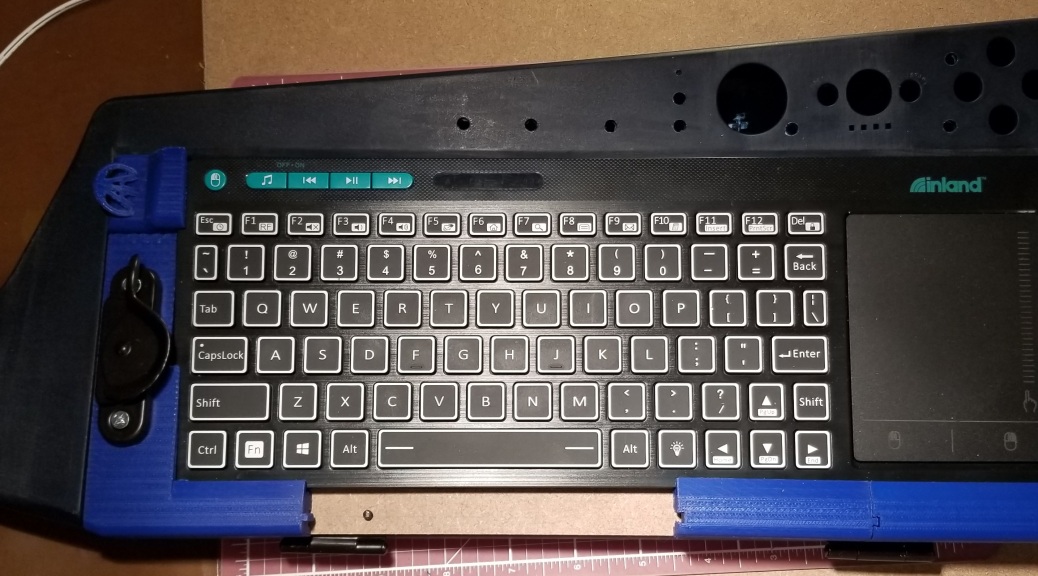 I think I’m about to the wrapping up point for the brackets on this thing.  As mentioned in a previous post, I’ve been working through a bunch of prototype parts, and enjoying learning more about Fusion360 in the meantime.  I haven’t figure out how to get a recording of it saved yet, but it has a feature where it can play through every change you’ve made to the model file from beginning to end.  Kinda cool to watch.  I’ll try to remember to post a video if I can figure out how to record and edit it.

Anyway, here’s where I’ve gotten to with some parts for test fitting: 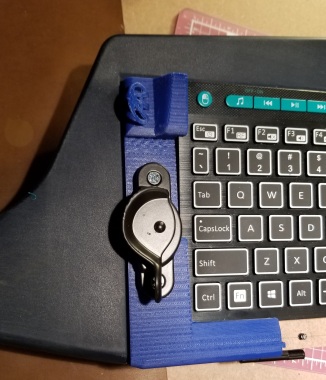 In the top left I wanted some sort of knob for grabbing the tray easier, so I mixed in the handle for one of the keys from Ready Player One.  Sadly, it feels too flimsy, so I’m not including it in the final model, and I think I can get enough grip on it without an actual knob.

From this angle you can see the retaining nuts that hold the screws for the latch.

Here are the mounting holes for the bottom side.

I’m on what should be the last iteration of the parts, with some of the parts on the printer right now.  It’s gonna take a few nights of overnight printing to finish, but hopefully these will be the last ones, short of possibly a template for drilling the holes.

Hopefully I’ll get to the point of drilling holes, epoxying parts, and priming the whole rig soon.  This thing is coming together!

A lot of stickers came in for me to put on the case.  Apparently there are pre-mixed sets of stickers for stuff like Ready Player One, so I may be making a whole collage of the back, just making sure to make the ones I specifically want show up on top.

I added a dimmable Ikea lamp to my workbench for a bit more light.  It can be hard to look at, so at the moment I’ve got some foil on there as a reflector and shade.

I found some lettered sticky tabs, so I’ve started putting yet more tabs in my rulebooks so I can find things in the long lists in the rulebooks.  Now I should be able to look up monsters, spells, and magic items even more quickly. 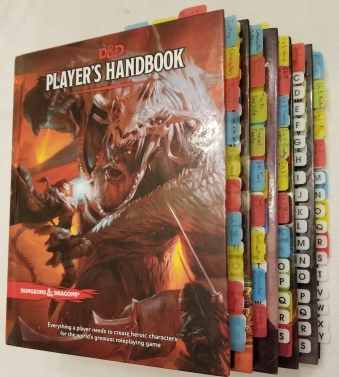 Tabs, for when you haven’t got time for a research montage mid-session.