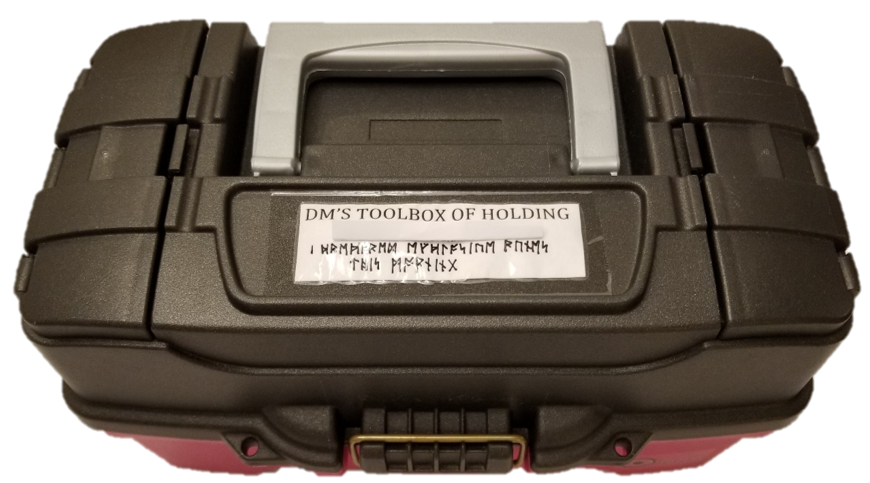 I thought it was time to share some of my tools of the trade.  This toolbox was supposed to be the first post in that series, but I realized the section with Flatminis wouldn’t make much sense without doing the Flatminis article first.

Anyway, I would like to start by making it clear that this is just my toolbox, what I’ve decided to put together and what works for me.  This is by no means saying that this is “THE” way to put a DM’s toolbox together, this is just what works for me.  I know many other DMs who use almost completely different and often much smaller sets of tools/ game aids and run games as good or better than mine.  I also bring in the toolbox regardless of whether I’m running or playing, as a DM can always have a bad day when they forgot to bring something, or a player might have forgotten stuff for the character they are playing that night.  I must note that I’ve only been running Adventure League games with this toolbox, so the items I might need are more predictable and the NPC characters are premade, so there are some items that homebrew DMs might use to help with a more spontaneous game that are not included in the toolbox in it’s present form.

I’ve included hyperlinks in this article to the appropriate Thingiverse pages for most of the items in the box.

For my toolbox, I got a standard crafting toolbox from a hobby store, since it has a bunch of compartments for small objects.  I customized it a bit for my own use. 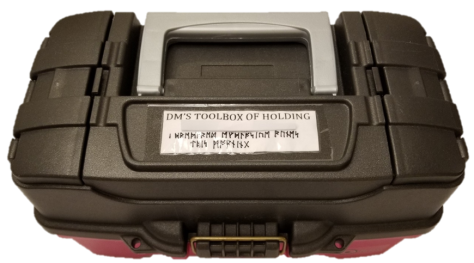 Translation of the runes:

“I prepared explosive runes this morning”

I finally found a place for a bumper sticker I’ve always wanted to use.  I thought it was appropriate for DMing. 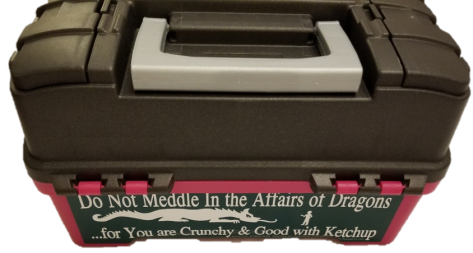 One of the top compartments holds a couple of spare sets of dice, in case of a new player or someone forgetting their dice.  The other holds a couple dozen goblin Flatminis.  You can never really have enough goblins.

Here’s the inside of the toolbox.  As you can see most of the items in my toolbox are 3D printed.  I won’t go into everything in the box, but I  will cover some of the highlights. 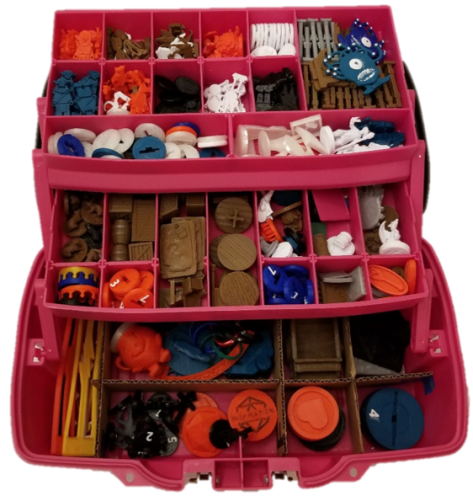 At the top of the toolbox are minis I keep for a lot of common enemies, mostly the Flatminis kind. 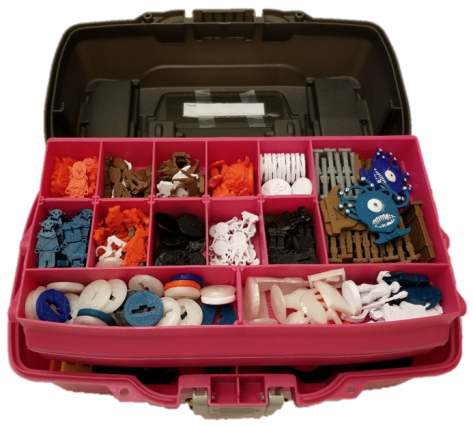 This toolbox has minis for groups of:

For use with those, I have numbered bases to make DM monster accounting simpler, and unnumbered bases for more distinct minis that I covered in another post.  For enemies I don’t have specific minis of, I have ninjas.  Because… why not ninjas? 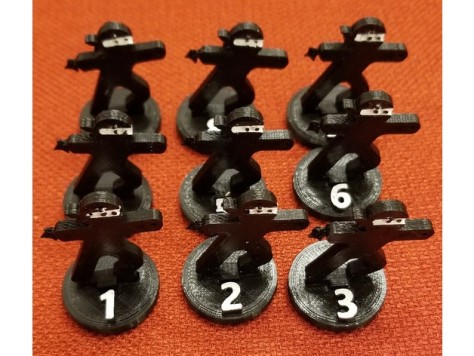 I have doors for when we want to mark open or closed doors on the game mat.  When I made these I scaled them up so they’d match a 1 inch grid. 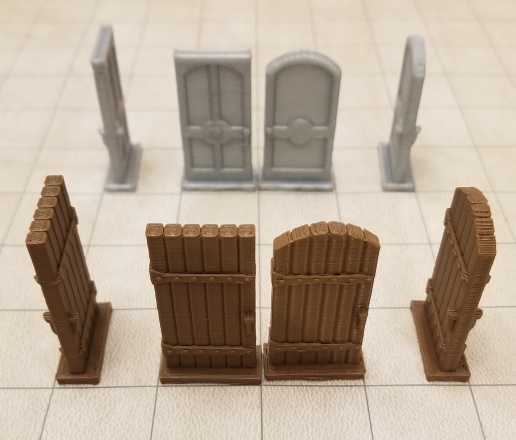 I even have a kicked in door that someone designed on Thingiverse shortly after I put a general inquiry out on one of the groups. 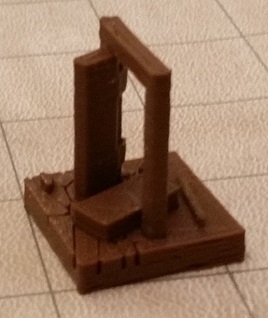 For when I don’t have a distinctly different mini for a chieftain or other leader of a group of enemies, I have some different colored marker bases to indicate them. 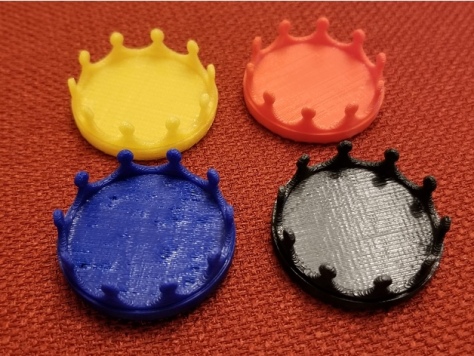 For creatures that are enlarged from medium to large, or to hold some of the larger minis I have, I have these bases which I modified to be compatible with a few different things. 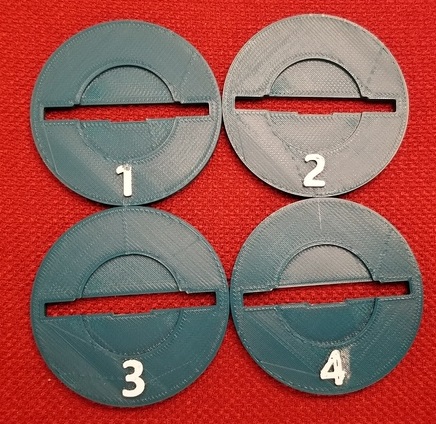 I also have a few templates for various spell effects, and markers for effects.  The easiest to do one are the status effect indicators, which are just rings from plastic soda bottles.  I keep them on a carabiner clip for ease of storage. 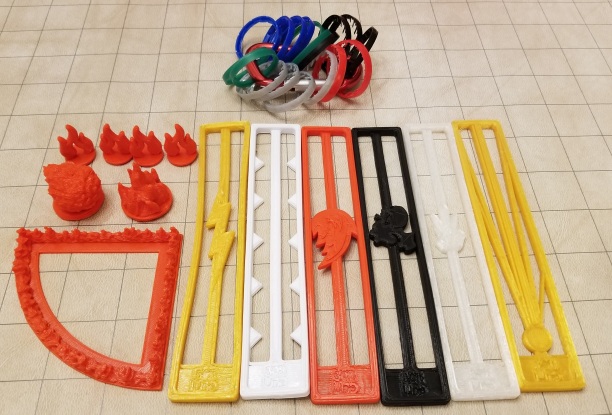 Some of the most fun/useful items to me are the tokens I use.  I have tokens to remind people of various effects they have access to.  Inspiration tokens for DMs to hand out, bardic inspiration tokens for my bard to use, a token to mark enemies who failed to save against vicious mockery, and death save success and failure tokens. 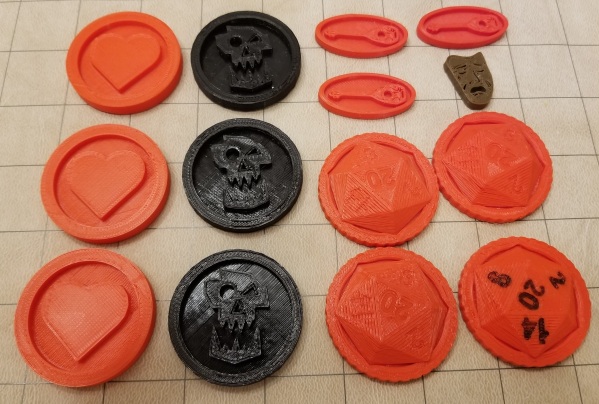 There are many other odds and ends in here such as scatter terrain, and minis that I rotate in and out of usage when I feel I need them (or not).  I often don’t use more than a fraction of the box when I’m not DMing, but I’ve also had situations where it ended up saving the game that night because the DM forgot to pack most of their minis or didn’t have a collection of their own yet.  That (and all the stuff I tend to make for my own characters) makes it worth it to me to carry it around every game night.

Oh, and I can’t forget this guy: 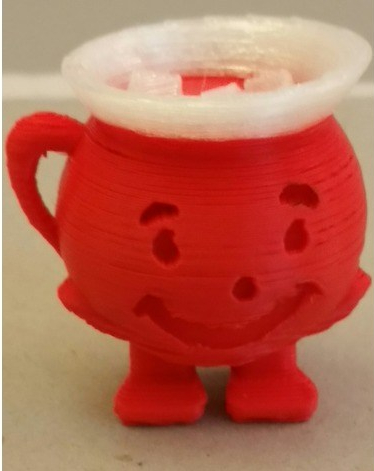 Sometimes you just need somebody to represent a large creature.

One thought on “DM Tools: DM’s Toolbox of Holding”